What did it mean to be a stranger in sixteenth and seventeenth century England? How were other nations, cultures, and religions perceived? And what happened when individuals moved between languages, countries, religions, and spaces? TIDE: Keywords emerges from the collaborative work of ‘Travel, Transculturality, and Identity in England, c. 1550-1700’ (TIDE), a five-year interdisciplinary project funded by the European Research Council, exploring the development of the ideas of belonging and betweenness in early modern England. 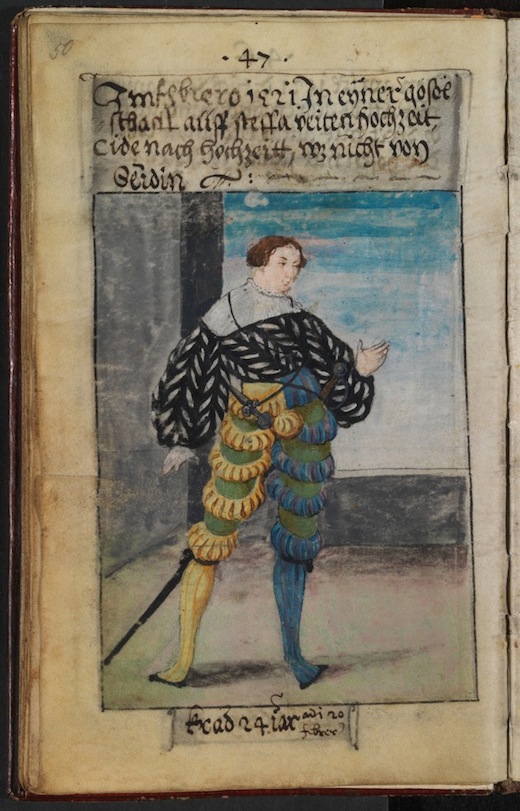 A film about the collaboration between Cambridge historian Ulinka Rublack and award-winning dress historian Jenny Tiramani to reconstruct the dress worn by a Fugger head accountant in 1530.

A Library of Congress Exhibition from 8 January–30 April 1993 (Vatican Library manuscripts). This older version of the site has some additional images and better image credits.