Scholarly commentaries on the history of disease, selected from digitized primary sources from Harvard University’s libraries and museums, with an introduction to the project written by Hannah Marcus and Allan M. Brandt. 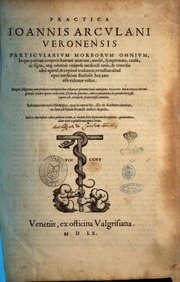 From the Health Sciences Library System at the University of Pittsburgh. Includes Medical Humanities Dissertations: a monthly listing of recent doctoral dissertations worldwide covering aspects of the medical humanities including the history of medicine and science. Full text access to materials requires subscription through other databases.

Secrets of Craft and Nature in Renaissance France. A Digital Critical Edition and English Translation of BnF Ms. Fr. 640

A production of the Making and Knowing Project, this edition provides a transcription and English translation of Ms. Fr. 640, composed by an anonymous “author-practitioner” in 1580s Toulouse and now held by the Bibliothèque nationale de France. This manuscript offers unique firsthand insight into making and materials from a time when artists were scientists. The research resources in this edition explore the manuscript’s context and diverse topics.

Started in 2009, the database now offers free online access to the records of about 45,000 letters written by or to learned physicians in the German lands between 1500 and 1700. These letters contain a wealth of information not only about medical and natural philosophical issues but also on family matters, political and confessional conflicts, on cities and courts and many other topics. In addition to the basic data (names, date, places), thousands of datasets contain a detailed summary of the letter in question. Recently, an English-language user surface has been added and over the next years English translations of the German summaries will be added.