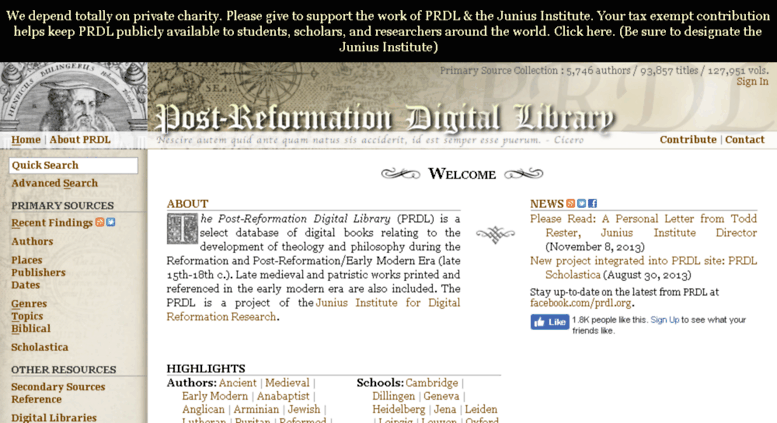 A select database of digital books relating to the development of theology and philosophy during the Reformation and Post-Reformation/Early Modern Era (late 15th-18th c.). Late medieval and patristic works printed and referenced in the early modern era are also included. The PRDL is a project of the Junius Institute for Digital Reformation Research.

An online source on the library of the 17th-century experimental philosopher and architect, Robert Hooke (1635–1703). The site is comprised of an extensive editors’ introduction and a searchable database of 2,711 records.

Started in 2009, the database now offers free online access to the records of about 45,000 letters written by or to learned physicians in the German lands between 1500 and 1700. These letters contain a wealth of information not only about medical and natural philosophical issues but also on family matters, political and confessional conflicts, on cities and courts and many other topics. In addition to the basic data (names, date, places), thousands of datasets contain a detailed summary of the letter in question. Recently, an English-language user surface has been added and over the next years English translations of the German summaries will be added. 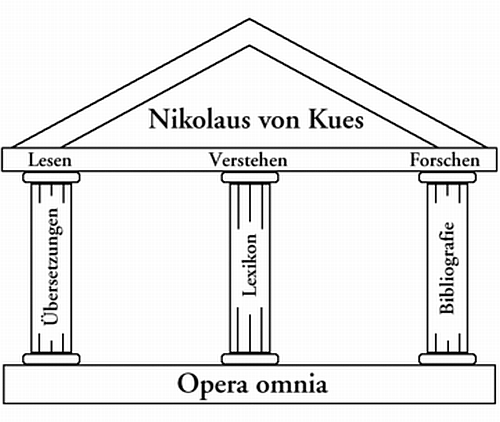 Cusanus-Portal offers a searchable full text version of the critical edition of the Opera omnia, links to translations of the texts, an encyclopedia on the life and work of Nicholas of Cusa, and a regularly updated bibliography.